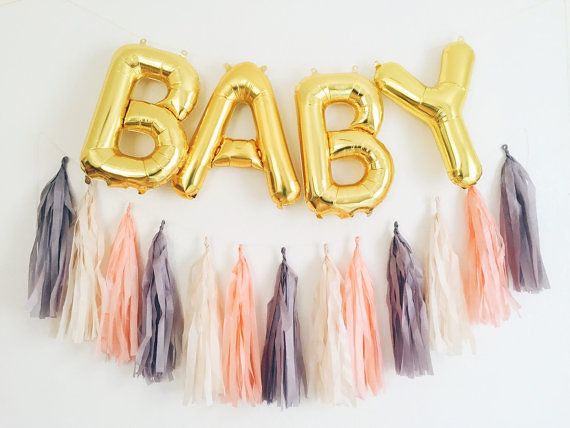 Wow
I cannot believe I have been officially pregnant for over three months and have
now entered the ‘second trimester’. Firstly I apologise for the splattering of
pregnancy terminology that I will now be slipping into my baby blog posts – it
was all so alien to me too only 12 weeks ago but basically a pregnancy is
broken down into three trimesters comprising of three months each, so I am now
into my second trimester and I have a whole new range of symptoms, changes and
emotions to look forward to.

I
really wanted to spend some time trying to capture everything, emotionally and
physically, I felt during my first three months of pregnancy. I personally love
reading about women’s different reactions and responses to pregnancy and I find
it fascinating that one woman could be hugging the toilet for the first three
months with horrendous morning sickness whilst another one wouldn’t even know
she was pregnant. I am sorry to be that woman (pregnant ladies have
permission to give me the evil eye) but I have been so  lucky to have had
a really easy, breezy first trimester. Apparently only 25% of women escape with
no major symptoms following getting pregnant and so far, I am happy to report I
am in that minority.

So
how did I find out?
Well I remember the night clearly – it was a Friday evening and I was home
alone. I don’t even really remember what prompted me to pick up a pregnancy
test on my way home but obviously I could sense something was different,
but I couldn’t pinpoint what. I think when you want a baby so much and a lot of
planning goes into making sure you give yourselves the best chance of
conceiving, you almost don’t want to jinx yourself by hoping…believing that
that ovulation calendar might have actually worked! In hindsight I had actually
dismissed the sore boobs and sudden tiredness for a few weeks prior to taking
my pregnancy test, thinking it was just down to working too hard, my new boot
camp classes and that time of the month! So when it came to actually
taking the test I was very dismissive. I was blasé about it all as I just
didn’t dare get my hopes up. In fact I almost throw the test away when I only
saw one solitary blue line appears and my heart sank. But then something
stopped me in my tracks – was that a second blue line developing? It was faint
but I was pretty sure it was there. I turned on a few more lights in the house
for a closer inspection. It was now I was cursing myself for buying the Tesco’s
own cheap-y tests rather than the all-singing-all-dancing fancy ones. Looking
at the two blue lines I was still unconvinced. Half of me wanted to believe it
so much but the other half of me, the more rational and controlled side,
couldn’t help but think it was a mistake. I decided to sleep on it and take the
other test in the morning but that night I couldn’t help but start thinking
about baby names and colour schemes for the nursery – my mind was racing. To
cut a long story short, the second test pretty much confirmed that I was with
child but still a little dubious I headed out to purchase a box of those fancy
Clearblue pregnancy tests that tell you how many weeks you are gone and it
transpired that I was not just a little bit pregnant, I was six weeks pregnant!

Keeping
it a secret.
Every mother-to-be knows that the first three months of pregnancy can be an
unexpected time where things don’t always go to plan and sometimes that moment
of joy and happiness can be cruelly snatched away from you. I was of course
worried but vowed not to let it consume me – I had unknowingly gotten through
six weeks of pregnancy problem-free and I decided to just carry on as normal
(as normal as you can when you know you are growing a tiny human inside you). I
carried on my exercise, ate my normal diet (with a few tweaks of course…man, I
miss Goats Cheese!) and tried to maintain my happy, positive persona believing
this was going to be best for me and the baby. We confided in a few close
friends along the way but kept our secret close until after our 12 week scan
(more on that later). It was only then that we officially told our parents,
family and friends and I felt like a great weight had been lifted off our
shoulders. For us it was the right decision to keep it such a guarded secret, even
though at times I felt like I was lying to my mum, “No, sorry I can’t have a
drink, I’m on…antibiotics!”, and it made that moment when we told them,
complete with our baby picture, all that more special.

The
scan.
This is the first milestone that I think every mother-to-be focuses on the
moment those two blue lines appear in front of them. This takes place anytime
between 11weeks + 2days and 14 weeks and we were so thrilled to have our scan
all booked in for three days before our wedding anniversary. I told myself that
if everything was ok at that scan then this would be the best one year wedding
anniversary present I could ever wish for. Understandably I was pretty nervous
before the scan. Having spent the last 12 weeks feeling very un-pregnant with no
symptoms whatsoever, it was very hard to convince myself that I was carrying
something the size of a plum inside of me. We were called in just before 9am
and I took my position on the couch with Rob gripping my hand next to me and a
blank screen just above us. My heart was racing, my bladder uncomfortably full
to help the sonographer get a clear picture and all I could think was “please,
please”. And then the screen flicked on and our baby was there in front of us,
just wiggling about and kicking its legs as much to say, “See, you didn’t need
to worry Mum”. We just grinned and grinned and watched him/her dance around,
responding to every cough and hip-shake I had to perform to make him uncurl,
whilst the sonographer took measurements and photos. Just to hear those words,
“You have one baby with one healthy heartbeat” was the most comforting message
and I now felt like I had a connection with my child. They were real, there in
black and white.

Symptoms. As I mentioned
I have had a really nice first trimester with no awful symptoms or problems
whatsoever. I feel extremely fortunate but really hope any other mums-to-be
reading this, who are having a tough time of it, don’t think I am being smug or
superior at all. There were times I wished I felt the waves of nausea or had
gone off my favourite food as it might have helped confirm along the way that I
was actually pregnant and make me worry a little less! So apart from the sore
boobs that marginally enlarged momentarily around week 6 to 7, (yep, the
excitement of cracking into a B cup was short-lived!)  and the utter
exhaustion during week 7 and 8, I have felt just like me. My appetite has
probably slightly decreased and I feel full a lot sooner so little snacks are
my friend rather than whopping huge meals. My skin, hair and nails are loving
pregnancy at the moment with my hair feeling thicker and glossier than ever,
nails that won’t stop growing and skin that has cleared up a lot – I am not
saying I am glowing yet but I am hopefully on my way!!

My
body is changing. Selfishly,
I think the thing that I was always most worried about when I got pregnant
was how much my body would change and how I would feel and adjust to this
inevitable transformation! As someone who has always worked hard at maintaining
a healthy, slim physique through lots of exercises and good food choices, it
scared me to think I would ultimately be getting bigger – something I have
always fought against. The bigger boobs I can just about handle (although
running has never been so painful and uncomfortable) but seeing my belly change
from flat and toned to slightly curved and definitely softer is a strange
experience. Of course I find it fascinating and am totally embracing whatever
my body needs to do to grow this happy baby, but it will be a strange and
revealing experience I think.

Keeping
fit. The
moment I found out I was pregnant I had a list as long as my arm of burning
questions I had to find the answer to. Once I knew what supplements I needed to
be taking, what foods I should avoid and the best creams to prevent stretch
marks, I was left googling all things relating to exercise and fitness whilst
pregnant. As such an active person who would be doing boot camp, insanity
classes, running or playing hockey most days of the week it worried me a little
bit that I might have to slow down and stop my favourite activities. But of
course keeping active is key to a healthy pregnancy and a lot of the advice I
read seemed to suggest that if you were active and fit before your pregnancy
then you could carry on doing what you were doing, with slight modifications.
Obviously contact and dangerous sports are a no no so I have decided I won’t be
playing hockey again this season as I have witnessed too many injuries on the
pitch to feel comfortable doing that but I have continued with my other
exercises religiously since finding out I was pregnant. Luckily I haven’t
suffered from any real tiredness or sluggishness apart from a slight dip in
energy around week 7 so have felt fine to continue. I think the main thing is
to listen to your body and if I get home and just want to slump on the sofa and
eat gherkins dipped in chocolate sauce (I pray I get no weird cravings like
that!) then I blooming well will. But whilst I feel so spritely I want to take
advantage of my minimal bump and high energy levels and enjoy working out as
for me, it is the greatest stress reliever and makes me feel so good! I am
aware that as my body changes, my bump starts to grow and I feel the pressure
more on my joints I will have to slow down and maybe look at doing some softer
activities which I am quite excited about really. Swimming and yoga are great
options for pregnant ladies so I am already investigating local classes I can
pop along to. But hey, if Paula Radcliffe can run a marathon when she is 7
months pregnant then there is hope for us all…I just won’t be out to set any
new PBs.

I
honestly think I could go on and on about everything that has occurred over the
past three months but I fear I might have already lost most of you somewhere
between sore boobs and full bladders. If you are still with me then I applaud
you! I hope you have enjoyed a little insight into my first trimester and all
the exciting and revealing things I have discovered about being pregnant. I
plan to keep these updates quite frequent, maybe every two to three weeks, so I
can capture all the little and big things that happen along the way. I also
having a little little baby haul to share with you as well so stay tuned
for cute baby grows and teeny tiny converse shoes!