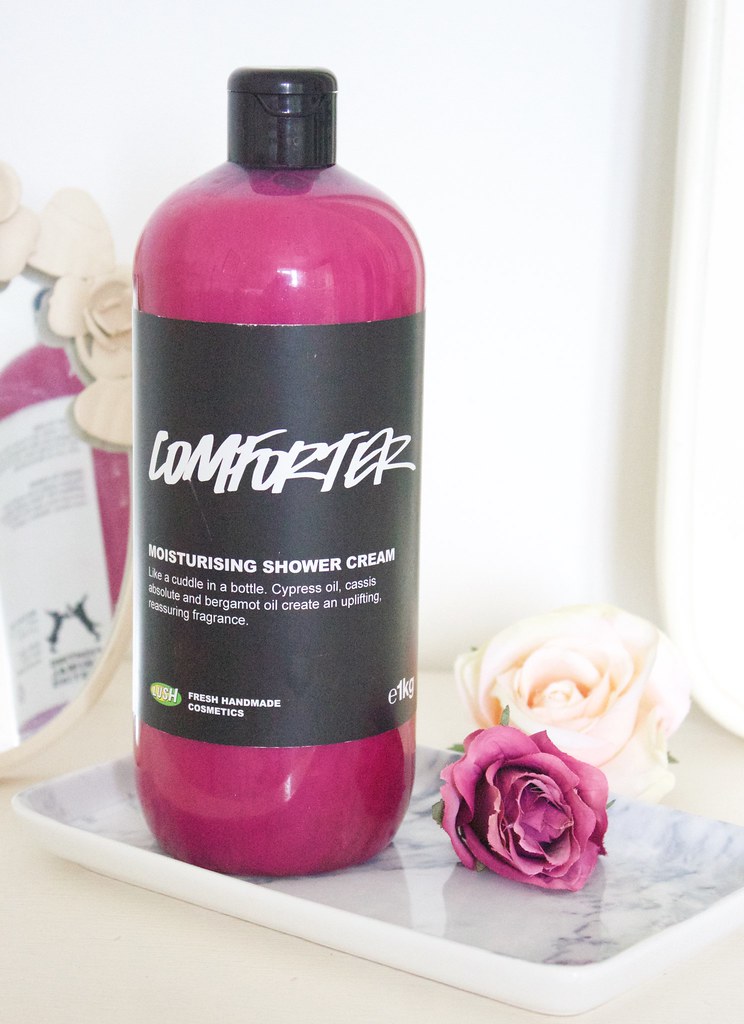 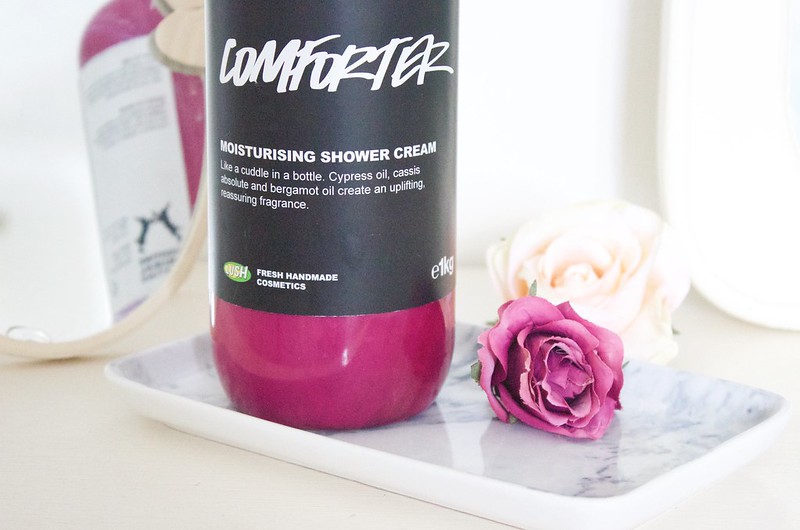 “Sometimes you just need to shut yourself off from the outside world under a blanket of fruity foam that will put you back in the right frame of mind to face the world. Cassis absolute gives a distinctive blackcurrant fragrance, while bergamot adds an uplifting note.”

The Comforter Bubble Bar from LUSH is such a recognisable, distinguish product from their range – both in its appearance and beautiful berry scent, it has fast become one of the fan’s favourite bath time picks. If only you could bottle that addictively sweet, ripened-berry scent?! Well the great news is that LUSH have taken all the gorgeousness from the Comforter Bubble Bar and transformed it into a moisturising shower cream…the bad news is that at the moment, it is only available from the new LUSH store on Oxford Street, London.

Available in mini 100g bottles (£3.75) all the way up to this beast of bottle, 1kg of pink loveliness (£27.50), the Comforter shower cream is everything you would have hoped for and more. The shocking pink liquid is slightly iridescent, wonderfully creamy and lathers up beautifully on the skin. I always prefer a cream formula vs. a gel formula as I feel the skin is left feeling that little bit more nourished and this shower cream certainly moisturises whilst softening and leaving the skin smelling very-berry-good! This Cassis-based scent will comfort and cocoon you in a heady aroma of dark fruits, bergamot and a hint of vanilla – it is one of those scents that you really have to sniff for yourself to appreciate exactly why it is sooo nice! Like the guys at LUSH say on the label – it really is a cuddle in a bottle! Fingers crossed they roll it out online and in other stores nationwide so you can all indulge in this pretty pink elixir but in the meantime, if you are visiting the Capital, I would definitely recommend stocking up!